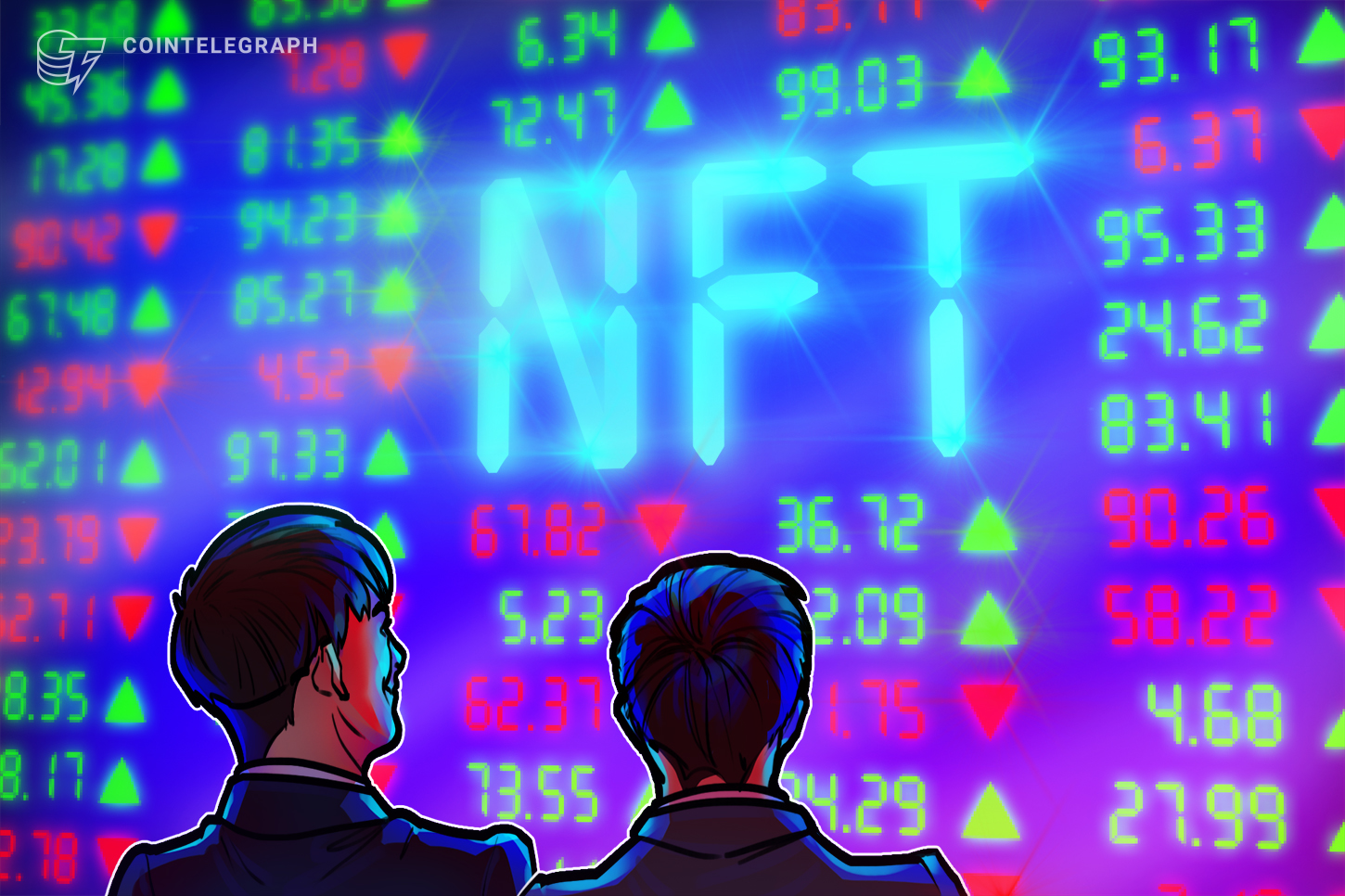 Blue-chip NFTs is a popular buzzword one will find strewn across Twitter and various crypto media. The term, “blue chip,” is borrowed from traditional finance where stocks that are considered to be the well-established extension of corporations known for their quality, reliability and financial stability. But, exactly what are blue chip NFTs and how are they identified?

Nansen research analyst Louisa Choe, comments to Cointelegraph that since NFTs are still nascent “…it is sometimes challenging to apply this criteria since NFT as an asset class is still evolving.” The general consensus is that the much sought after blue chip is the asset with the least amount of volatility, meaning it sustains its value over time.

Let’s explore a few of the factors that play into determining whether or not a particular NFT project qualifies for blue-chip status.

Volume is only a piece of the puzzle

Collectively, NFT investors, like any trader, look at the total volume of sales and the total market cap of the collection. Typically, when an NFT collection reaches or exceeds the sought-after 10 Ether ($30,624) level, collectors consider it to have reached blue chip status. The total volume of sales is also another data point NFT traders turn to as a point of measure in determining whether the market is healthy.

While high volumes are desirable, are they sustainable and reflective of blue-chip status? Nansen updates their blue-chip index every 90 days, knowing that “the market is young and fickle.” As such, controversy is often sparked within the NFT market when a collection rockets to the moon with little end in sight.

On April 16, PROOF Collective launched its first proof of profile (PFP) collection, Moonbirds. The project literally skyrocketed to the moon and has already exceeded $220.8 million in total volume sales on OpenSea. Although the project has hardly been listed for a week, its explosive growth has left some NFT pundits speculating on its potential value and some believe it has already hit blue chip status.

However, there are pundits who disagree with the sentiment that volume is an indicator of blue-chip stats. Some NFT investors argue that it is difficult to assign this data point as a measure for such an illiquid asset and that the impression of a blue-chip NFT was that it could sustain its value in surviving a bear market.

Other NFT enthusiasts seem to lean on influencers and big-time players in the space in determining the assets they should fill their bags with.

Communities are more than the number of unique holders

It is important to note that blue-chip status is not defined by numbers alone, but the sentiment and dedication of the community. Trades can be replicated, but communities cannot. “Communities and thus, the network effect are definitely key drivers behind the success of an NFT project,” says Choe. Often, the first metric sought to determine the adoption of a project is the number of unique holders. Yet, even as a quantifiable metric, it isn’t the most valid.

Accounting for the number of unique holders simply means one is recording the number of wallets that have the particular asset. Since this is the case, one owner could own 1,000 assets and place each in their respective wallet, resulting in a measure of 1,000 unique holders when in actuality, there is just one.

However, NFT investors often list communities and the number of unique holders as a factor for why they consider an NFT to be blue-chip caliber. When assigning blue-chip status to an NFT and considering its community, Choe explains that “…NFT projects are seeking to build an entire ecosystem that generates value as opposed to concentrating on one utility.”

Communities are more than just numbers since they represent individuals with varying levels of belief and convictions toward the project and within the ecosystem.

Part of Yuga Lab’s Bored Ape Yacht Club magic was that it was a bootstrapped community that executed what they had not anticipated. BAYC not only amassed over $1 billion in total volume, but gained the attention of global mass media in just under a year.

If volume and the number of unique holders becomes a static focal point for what is considered a blue-chip, then Moonbirds flipping other blue-chips in total volume would make it one by default. In fact, Moonbirds has already gained over 6,681 holders out of a collection of 10,000 NFTs and the most profitable former Moonbird holder made nearly $2 million by selling 45 MoonBirds. To date, some of the most profitable investors made over $450,000.

It is often said that an asset is worth what the market is willing to pay for it, and sometimes the market’s perception can pump or dump in regard to this valuation.

Oftentimes, market value and market capitalization are used interchangeably, making it dicey to evaluate the real value of an NFT. Market value is nuanced in that it provides a wider view in determining a project’s financial standing, but it also determines investors’ respective investment opportunities.

Interestingly, market value determines how much an investor is willing to pay for an asset, but market value is also heavily influenced by market perception and sentiment. For NFTs markets, volatile swings in sentiment can be seen in total sales volume, growth and members voting with their assets by selling them.

NFT markets are young and fickle because the largest blue chip so far, BAYC, has not even hit its anniversary. Yet it has proven its ability to sustain and grow in value over time.

Liquidity in the sector often circulates from one project to another, which leads some assets to remain illiquid in the sense that they cannot be sold easily when desired. However, blue-chip NFTs may vary in price over time, but their value remains in that if placed for sale at or under floor value, they would be purchased quickly.

Market value is nuanced. It is not only compounded by the sentiment of the market and their perception of a particular product/brand, but also at the mercy of the macro cryptocurrency market. Therefore, it’s safe to assume that assets will take a dip and are risky. Despite the risk, many NFT collectors continue to put their money where their convictions lie, whether made blindly or more strategically in hopes of obtaining a blue-chip investment.

Rather than just price, volume history and brand equity, time seems to be a heavily weighted factor when it comes to determining whether an NFT has reached blue-chip status. This suggests that tracking the asset over time rather than focusing on momentary performance to justify a project’s present value.

NFT investors will have their opinions on what qualifies as a blue chip and it’s important to reiterate how nascent the market is. A better assessment process is to track quarterly total sales volume, buyer and seller ratios and the project roadmap or community developments as components of blue-chip status.

Bitcoin in the heart of Europe – Cointelegraph Magazine