The cryptocurrency jumped above $55,000 yesterday, breaching the downtrend line connecting the April high of $64,801 and September highs near $52,000.

Buyers also flipped the horizontal resistance at $53,000 into support, having taken out a significant hurdle at $51,109 earlier in the day. That level marked the widely tracked 61.8% Fibonacci retracement of the September sell-off.

“BTC/USD technicals flipped into the bullish territory after breaking above a key trend line,” research boutique Delphi Digital said in its daily analysis. “The move was catalyzed by significant spot buying at the North American open.” 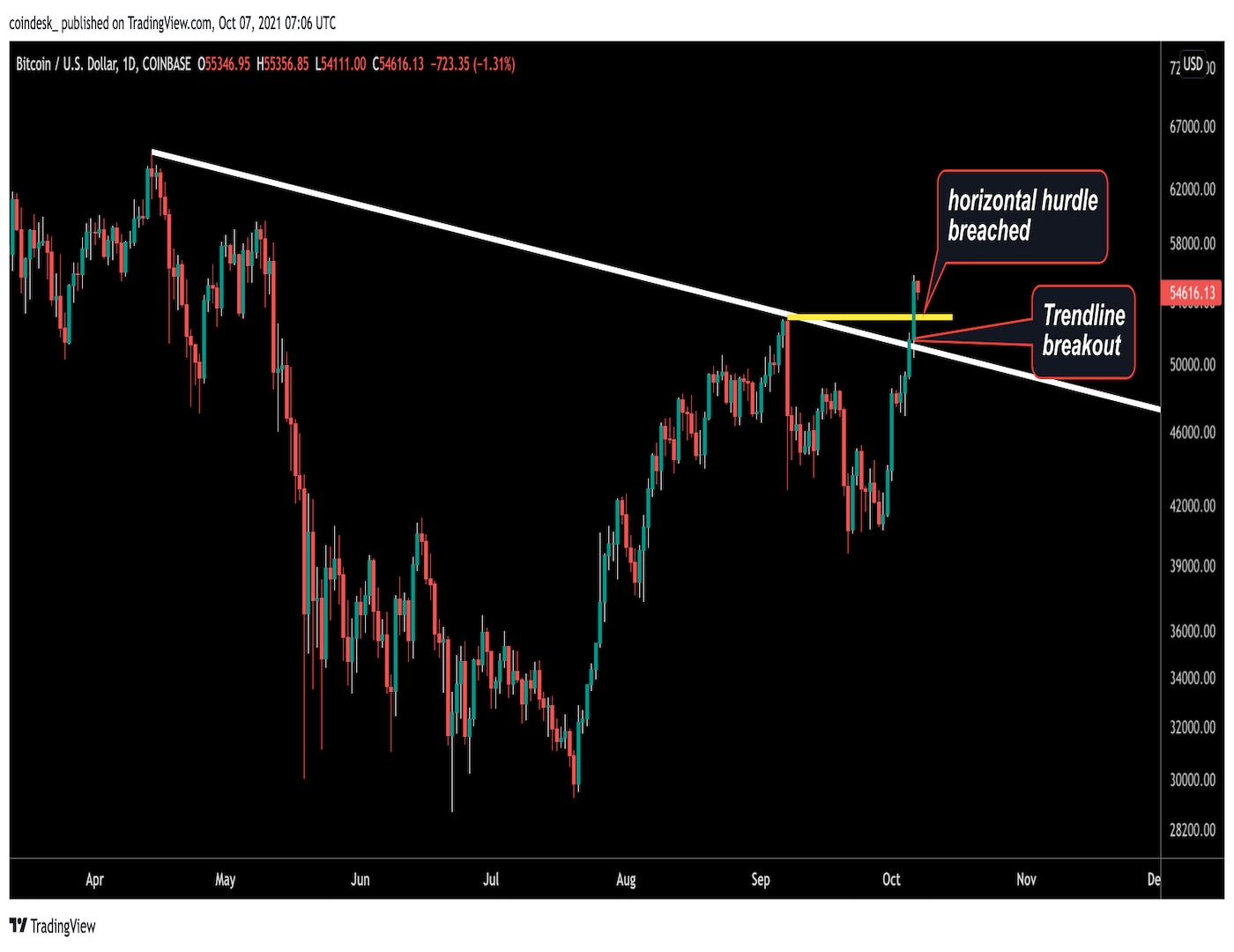 The breakout has exposed highs near $60,000 registered in the first half of May – more so, as the recent bullish move is backed by a pick-up in trading volumes and accumulation by whales, that is investors with large amounts of the cryptocurrency.

According to data tracking firm Santiment, whale traders began accumulating coins in late September, kicking off the rally. Those holding between 100 and 10,000 BTC accumulated 70,000 BTC on Sept. 25, the most in a single day for this group since July 2019.

Hello and welcome to RoboWallet’s Testnet. Here is how you get ETH for the testnet. : altcoin

Ethereum for the Next Billion: Announcing the EF Fellowship Program