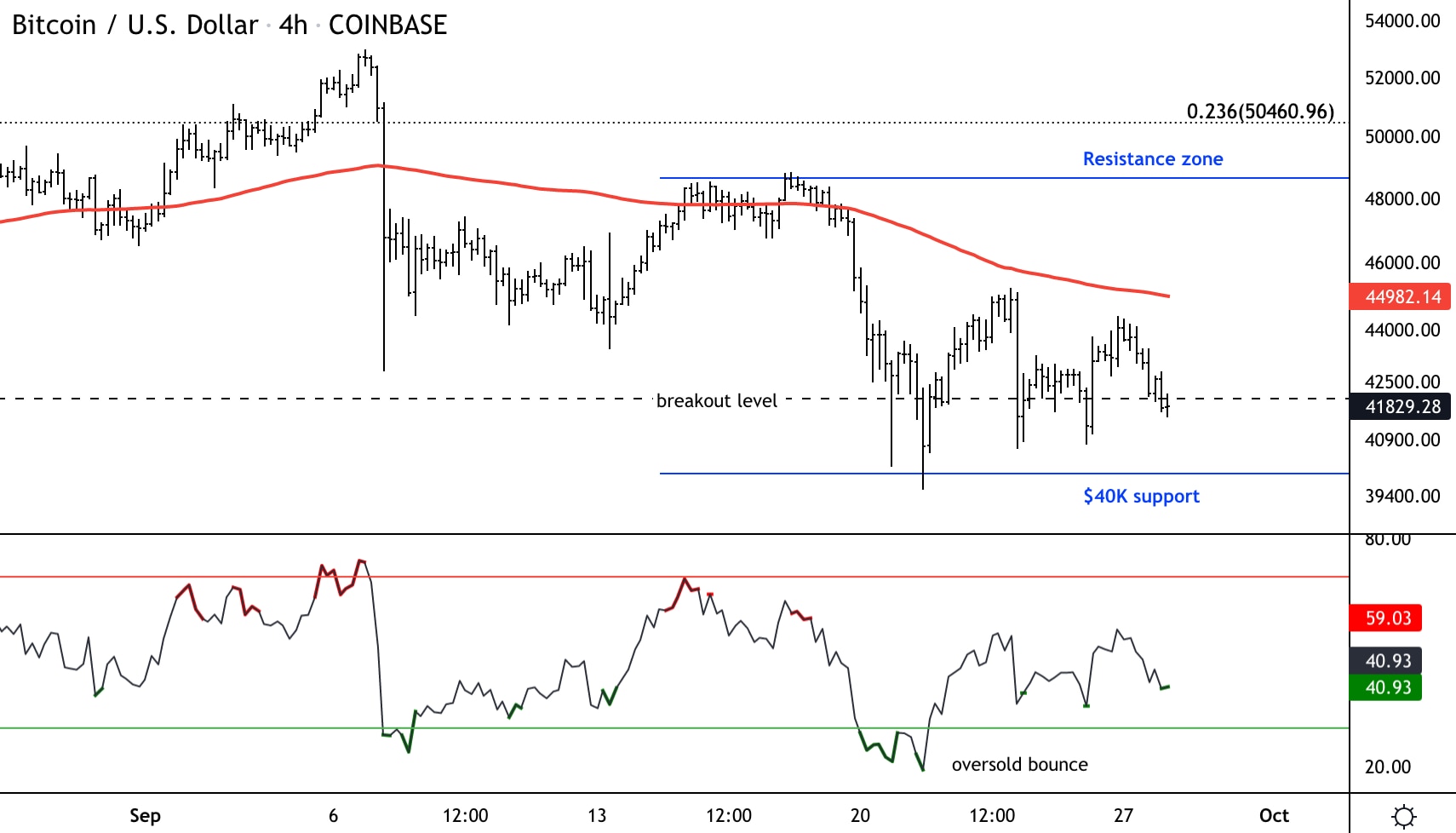 Bitcoin (BTC) is trading lower after sellers responded to resistance near $45,000. The cryptocurrency is down about 4% over the past 24 hours to $41,909 as upside momentum slows.

Support is nearby at $40,000, which could stabilize the pullback.

Why Bitcoin Mining Is a Matter of National Security