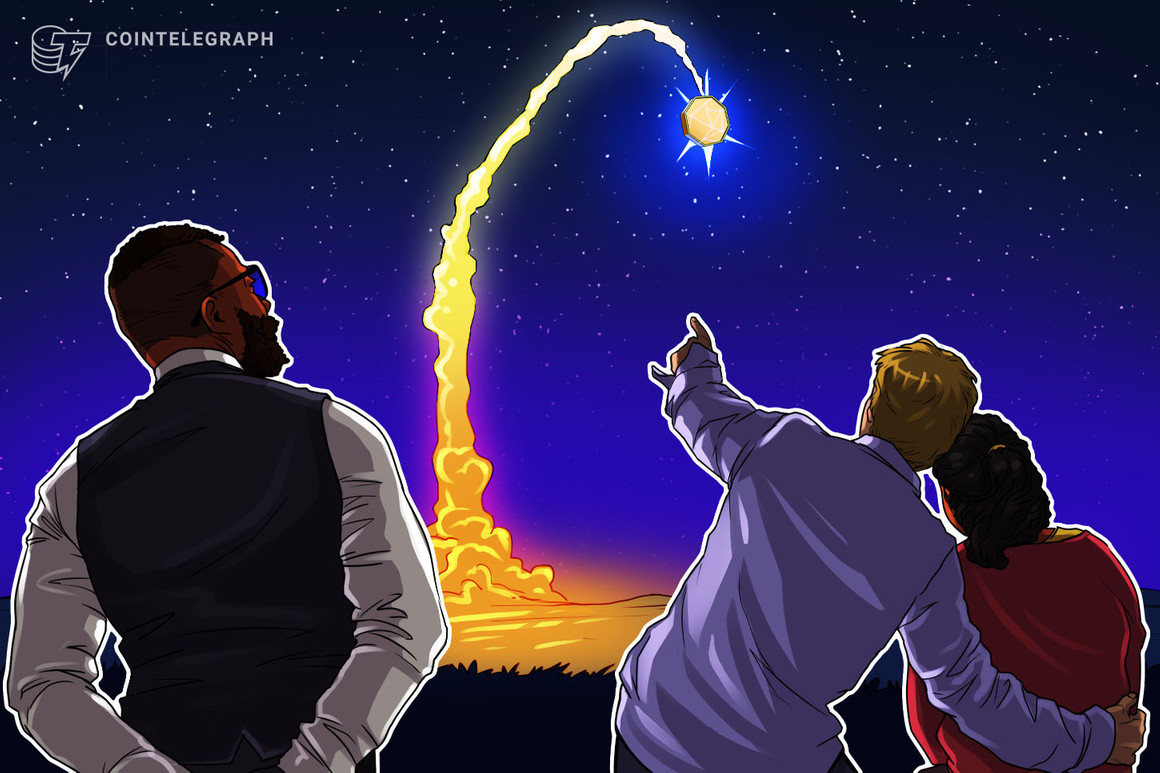 ApeCoin’s (APE) market valuation could grow by nearly 250% in the second quarter of 2022 as it breaks out of a widely-tracked, classic technical pattern.

On April 13, APE’s price broke above the upper trendline of what appears to be a “bull pennant” chart pattern.

Bull pennants appear when the price consolidates inside a triangle-like structure following a strong uptrend. Many traditional analysts consider them as continuation patterns, for they typically result in the price breaking out in the direction of its previous trend.

As a rule, traders estimate a bull pennant’s upside target by measuring the size of the previous uptrend, called t”flagpole,” and adding it to the breakout point. Applying the same to ApeCoin’s ongoing breakout move shows its potential for massive upside.

Therefore, if the bull pennant structure pans out as intended, APE could rise to nearly $40 in Q2/2022.

The bullish setup for ApeCoin appears as it rebounds by nearly 17% to over $12.50 in two days, amid speculations that Robinhood, a popular retail brokerage firm, would list APE on its trading platform.

The rumors picked up momentum after Robinhood added Shiba Inu (SHIB), a Dogecoin-inspired meme cryptocurrency, alongside three other altcoins — Polygon (MATIC), Solana (SOL), and Compound (COMP) — for trading on April 12, leading to intraday gains across each asset.

The next crypto to be listed on Robinhood is going to be $APE.

I have no doubt about it.

However, Robinhood did not confirm any plans to integrate ApeCoin into its services, hinting that APE’s price gains since April 1 might have resulted from mere speculation. Additionally, its breakout move out of the bull pennant accompanied lower volumes, suggesting a lack of upside conviction in the market.

Related: Is the surge in OpenSea volume and blue-chip NFT sales an early sign of an NFT bull market?

As a result, ApeCoin’s potential to invalidate its bull pennant setup cannot be ruled out as long as it breaks above a sequence of resistance levels, as shown in the chart below, with a steady rise in volumes.

For instance, APE now eyes $13 as its next upside target while holding $11.50 as its interim support. Nonetheless, a break below the said price floor could have ApeCoin eye $10.25 as its next downside target.

Helium devs propose ditching its own blockchain for Solana

Saving the planet could be blockchain’s killer app – Cointelegraph Magazine