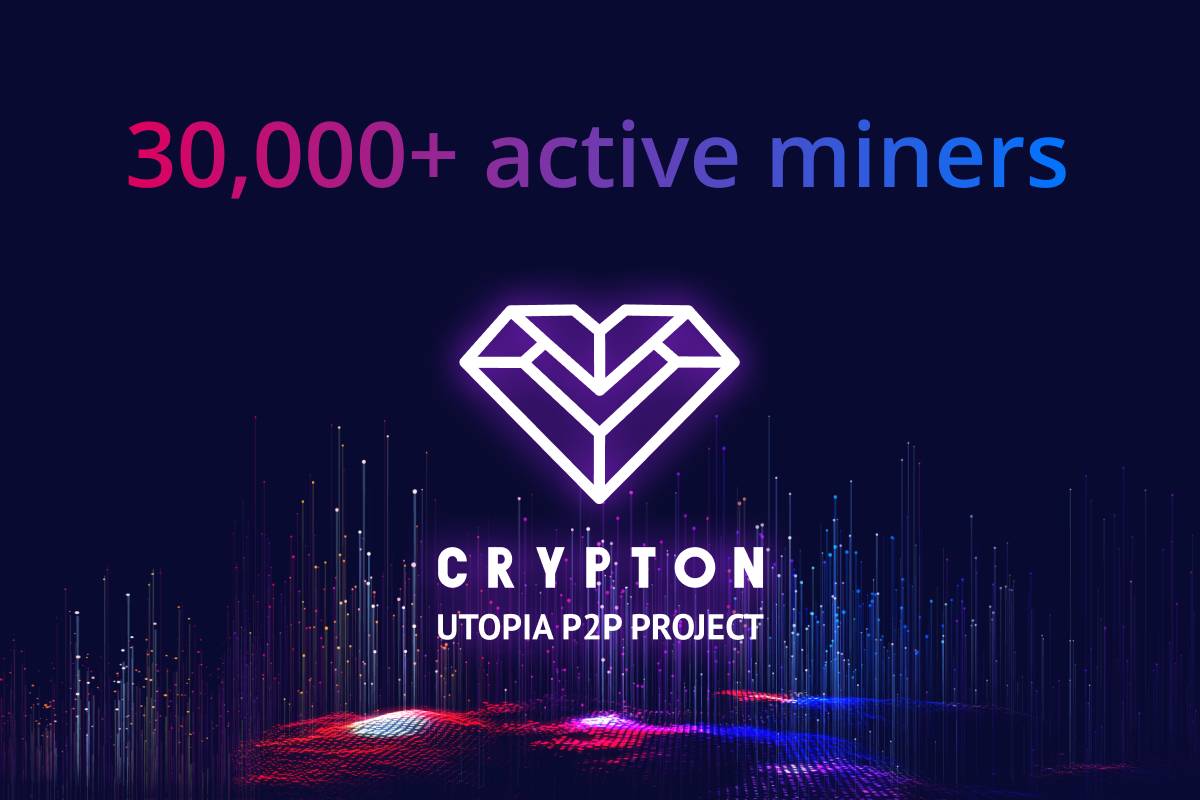 The number of active Crypton (CRP) cryptocurrency mining bots within the decentralized Utopia ecosystem has reached 30,000.

The Utopia platform intends to be an all-in-one kit for secure instant messaging, encrypted email communication, anonymous payments, and private web browsing. Individuals are given the possibility of freedom, anonymity, and censorship-free items as a result of this.

With the appearance of Utopia in the crypto market, the days of being concerned about the security of personal data have passed.

What is Utopia p2p?

Utopia allows its members to have safe communication, anonymous payments, and free Internet without borders. The platform’s goal is to avoid total surveillance, information flow control, and official decisions.

They also allow users to evade online censorship and firewalls, allowing them to interact with whoever and whenever they choose. It has been in operation for six years, by a group of developers working together to offer the best products for its customers.

Besides that, Utopia is a decentralized peer-to-peer ecosystem with a worldwide referendum mechanism and no geographic boundaries. Moreover, one of their core values is to preserve human rights in communication privacy and freedom of expression.

Because it is a decentralized network, there is no central server engaged in data transmission or storage — people who use the network help support it.

Furthermore, the platform has a decentralized cryptocurrency that serves as the primary payment unit of the Utopia ecosystem — Crypton. The tire mining and purchasing of ecosystem resources are assessed in Crypton.

The token is intended to provide an instant, untraceable, and irreversible method of payment. The goal of mining is to increase the number of routing connections to promote ecosystem stability.

Coin mining does not strain individual computers and is environmentally beneficial because it is carried out within an ecosystem.

In terms of mining, users will only need a PC and a bot to participate in the process, and by launching the software, they will begin getting collective rewards every 15 minutes, during which time a new block will be mined.

A Proof of Stake award is also added to the user’s minimum monthly amount. Crypton (CRP) is already available for purchase on several exchanges.

By doing so, the developers of the Utopia Network created the perfect environment for an autonomous ecosystem and do not ask for personal information even when individuals want to register.

In terms of data transit and storage, the server is essentially uninvolved. The Curve25519, XSalsa20, and Poly1305 algorithms are used to encrypt, sign, and authenticate packets, objects, and peer-to-peer connections.

All features are designed to protect user privacy and are available to anyone who has signed up for the Utopia P2P decentralized network. Beyond that, the creators plan to release an encrypted anonymous Utopia ecosystem app on IOs and Android shortly.

To learn more about Utopia, visit the following links: